… muted rumbling of metaphors: the studio as a lab for images, yet a particular lab which makes us believe that the statues are growing or making sounds. Regarding the latter, Gaston Bachelard published inside a Reflection Paper that our artist goes in the direction of Chillida’s oeuvre. Alcantara has not followed this line, albeit he talks about each material as referring to remarkably close people, to a family member.

Blocks from Colmenar, Calatorrao, or alabaster can perceive a shape just as much as the technique to bring out two without affecting the block. It is real. To that effect, we can mention the artworks exhibited, a taste preference for materials, and pursuit to maximize the potential, which leads him to merge two different shapes in each sculpture. When seen from different angles, heads and figures of birds change more than usual in free-standing sculptures.

Above all, Alcantara is a studio sculptor, one of those seeking confrontation, even immediate, with materials; that stone which Miguel Angel found intolerable because it took him away from the sculpture. Out of this maintained, ongoing contact derives a sustained thinning of shapes, stylishness, and self-government.

Notwithstanding the differences in methods inbuilt in the recurring use of either material, his entire artwork has a similar essence. Jose Marin Medina, who was the first to acknowledge the quality of his output, saw it with stunning clarity: “With strong expressionist and more sober roots, Alcantara matured into a direct carving on the grounds of Brancusi: encircling the stone while getting it shaped.

Thus, this brings about a “steady process of self-generation of shapes.” And this is the notion that inspires Alcantara’s output, and, thus, it can occur repeatedly, retake previous attempts or cease with the same strength. He is not the kind of sculptor committed to pursuing images. Still, he is aware of the importance of asserting each representation’s essence and the outbreaking lines even if we must “stem from oneself,” as Brancusi noted.
(Adapted by JMS) 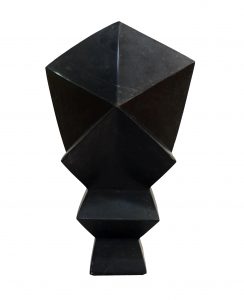 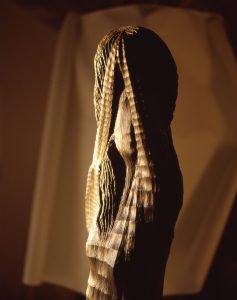 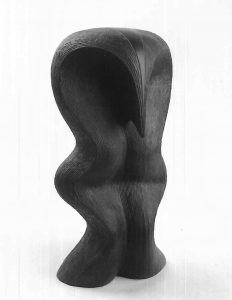 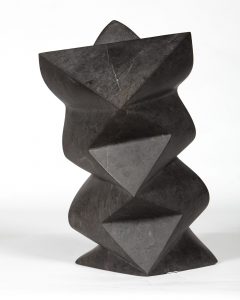 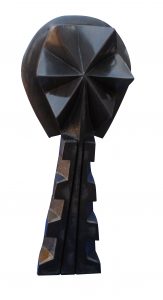 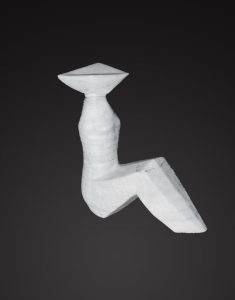 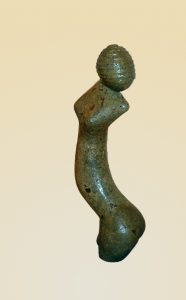 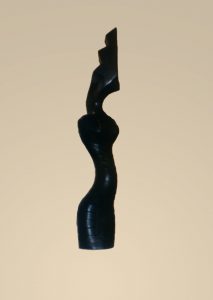 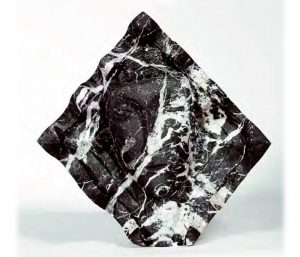 Head of Palas Athena I 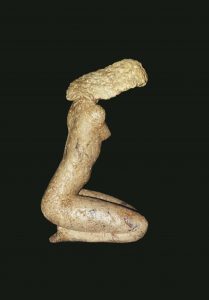 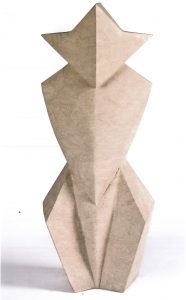 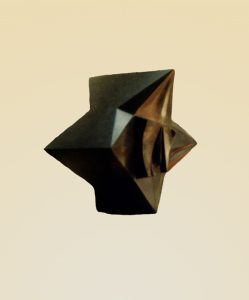 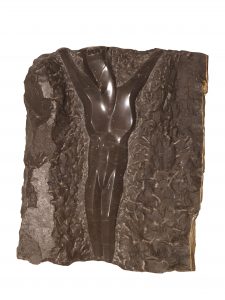 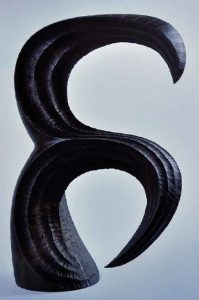 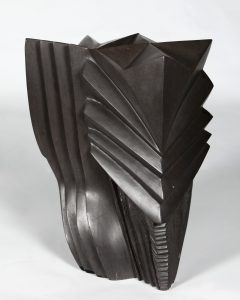 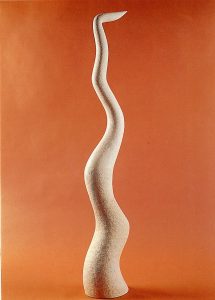 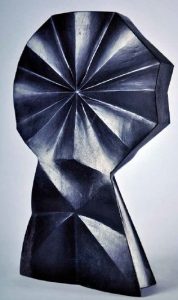 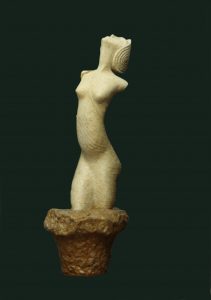 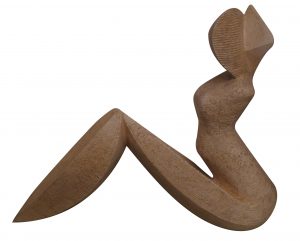 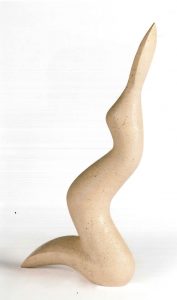 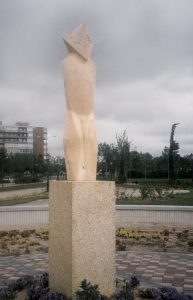